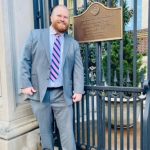 For 3 years, he continued his training under some of the top chiropractors in Florida so that he may learn how to give the best care possible to each of his patients. Dr. Richard became the owner and operator of Living Well Chiropractic of Central Florida in December 2012. In addition to chiropractic care, Dr. Richard helps his patients with ways to create a fully functional and healing body so they can reach their full health potential. 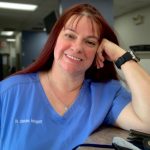 Dr Christina Arbogast is originally from St. Cloud, Florida. She graduated in 2011 from East West College of Natural Medicine in Sarasota, Florida with a Masters of Science in Traditional Chinese Medicine, as well as obtaining her Bachelors of Health. As well as being a licensed Acupuncture Physician she is also certified in Acupuncture Injection Therapy, Access Consciousness, and Reiki I. 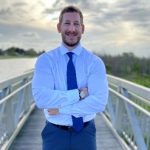 Dr. Smith joined Living Well in 2020 and is excited to serve his community and looks forward to meeting you and helping with your health journey.

Dr. Nathan Smith is a graduate of Sherman College of Chiropractic where he gained his proficiency in several chiropractic techniques. He is passionate about Chiropractic care because he knows firsthand the drastic positive effects it can have. For years Dr. Smith suffered from throbbing migraines and intense low back pain which made it nearly impossible to sleep and function at his best. After seeking consistent chiropractic care Dr. Smith was free of those symptoms and can now live a more enjoyable life. Dr. Smith understands millions of others are suffering in similar ways and desires to help heal others by providing quality chiropractic care.

Accessibility by WAH
Call Us